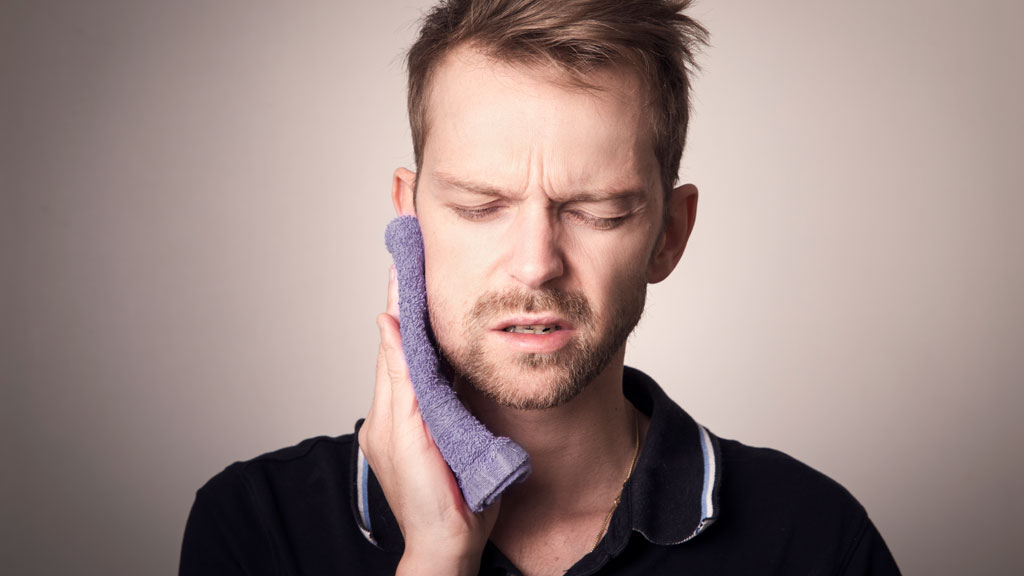 Commonly referred to as a wisdom tooth, the last molar has always been a source of much discomfort. Around the world and across all cultures there has always been some interesting reference to it. In western societies, the connotation seems to be with its late appearance - much later than the other teeth and at an age where we would like to think of ourselves as a lot wiser.

In Turkey, a wisdom tooth is known as 'the 20th year tooth'. In Japan as 'unknown to the parents', from the idea that it erupts after a child has moved away. In Korea, they refer to the pain of first love and are known as 'love teeth'. Whichever way you refer to them, these teeth are known for their hidden troubles. Possibly because it is one of the last developments we have before reaching adulthood, the great pain signifies the change of life awaiting us.

Why are they such a problem?

Wisdom teeth often become a problem because there is not enough space to allow them to erupt normally. A space shortage will cause them to get trapped behind the existing teeth, becoming impacted. This could lead to the tooth either erupting partially or not at all. 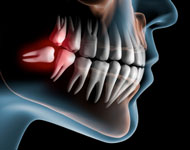 A partially erupted tooth is tough to keep clean through normal brushing and flossing. Over time, the accumulation of bacteria, sugars and acids may cause a cavity to form, leading to decay of the impacted tooth and possibly its healthy neighbour. The trapped bacteria and food debris can also cause bad breath (halitosis) or gum infection around the wisdom tooth (pericoronitis).

If the tooth is completely impacted, it can cause a deep bony ache as it pushes against the roots of its neighbour. This can also destroy the neighbour’s roots in some cases. It is also believed that this vertical force can contribute to the crowding of the front teeth, causing them to overlap or appear twisted.

Should you have them removed?

There are a few things to consider when deciding on whether to remove the wisdom teeth or not. It generally comes down to how effectively you can look after these teeth and how much discomfort they cause.

What can you expect with extractions? 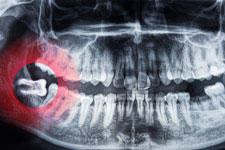 Although horror stories are plentiful, the vast majority of wisdom teeth extractions are relatively simple, and recovery is fast. This is, however, dependent on the size, shape and position of the tooth. With simple extractions, there is usually little swelling, bruising and/or bleeding and can normally be performed by your own dentist in the dental chair. More complex extraction where the tooth is severely trapped is generally carried out by a specialist and may require special treatment. This can result in more bruising and swelling and is sometimes carried out in a surgical environment. Your dentist will be able to use x-rays to determine the complexity of your extraction and advise you on what to expect.

An unfortunate complication of any extraction is the possibility of developing a condition called 'dry socket'. If the blood clot that formed in the extraction area becomes dislodged, it exposes the underlying bone, leading to the inflammation. This condition can be excruciating but resolves after a few days. By following some simple post-treatment instructions that your dentist will provide you, you should be able to prevent this from happening.

In severe impactions, the roots of the lower wisdom tooth may lie near the main nerve to the lower jaw or the crowns may be near the nerve to the tongue. In about 1 to 2% of the cases, these nerves could be damaged during the removal of the tooth. The result would be numbness in the lips, chin, teeth or the tongue on the side affected. The movement would not be affected, only the sensation. In most cases, sensation returns after a few months.

The majority of problems occur when a tooth is partially erupted, thereby increasing the risk of developing gum infection and decay. By being extra vigilant in cleaning this area, these teeth can remain dormant for many years without giving any problems. Even if gum infection develops, early treatment with antiseptic mouth rinses and tissue salts can often clear the symptoms within a few days. With fully impacted teeth, there is less risk of developing an infection, and they are generally, therefore, less of a problem. However, in both cases, if there is a risk of damage to the neighbouring tooth or surrounding structures, it is sometimes advisable to sacrifice a problematic tooth for the well-being of the whole mouth.

As in most aspects of dentistry, the goal of treatment is to maintain a comfortable and disease-free environment. When considering the treatment for your wisdom teeth, it is important to ascertain how much their presence impacts on your life and what risk there is of developing a complication. Just because they are present does not always mean that they have to be removed.